From time to time, we have selected organs for sale.  Please see below for current availability and contact us for more details.

This organ is privately owned by Joost de Boer 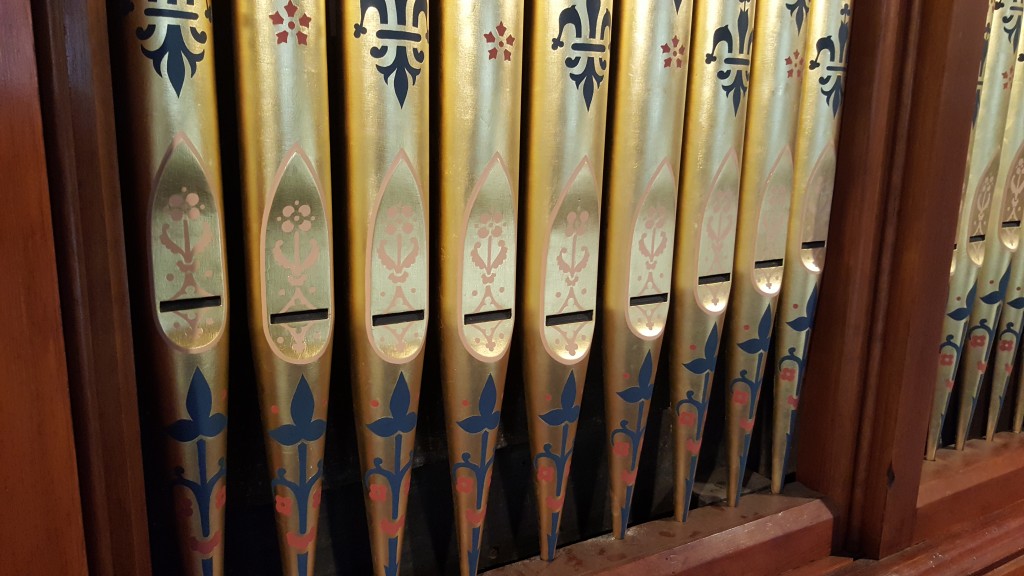 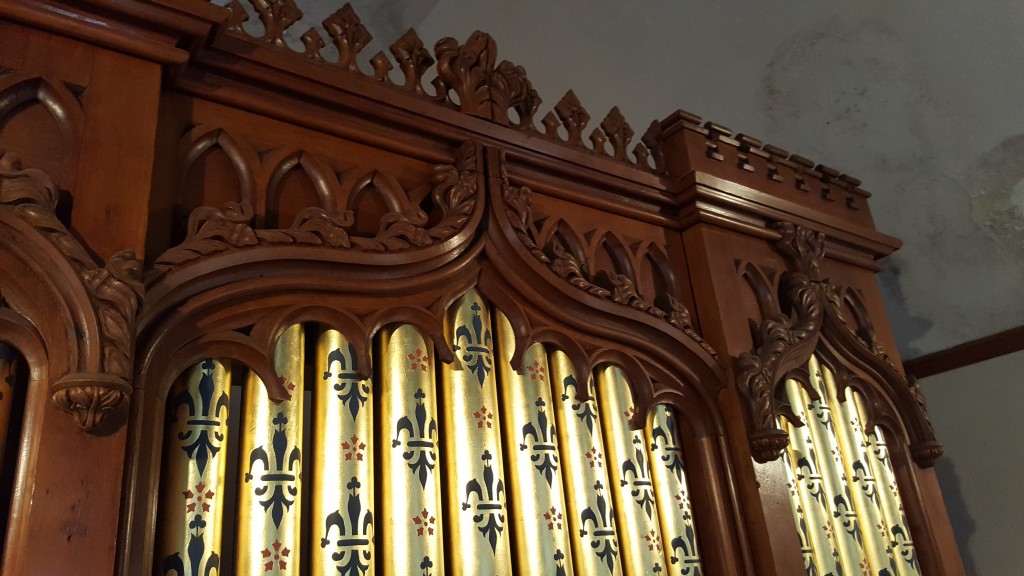 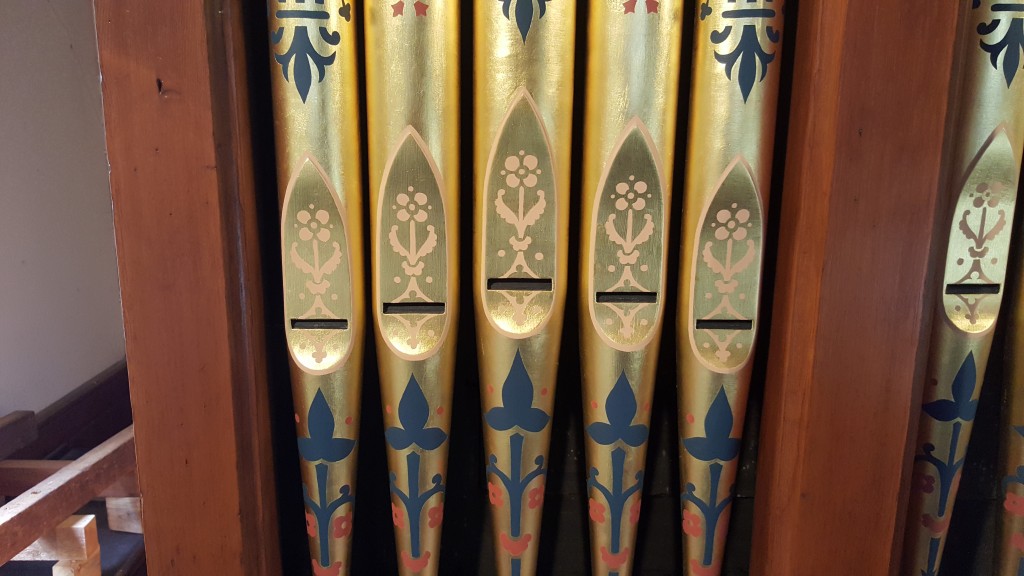 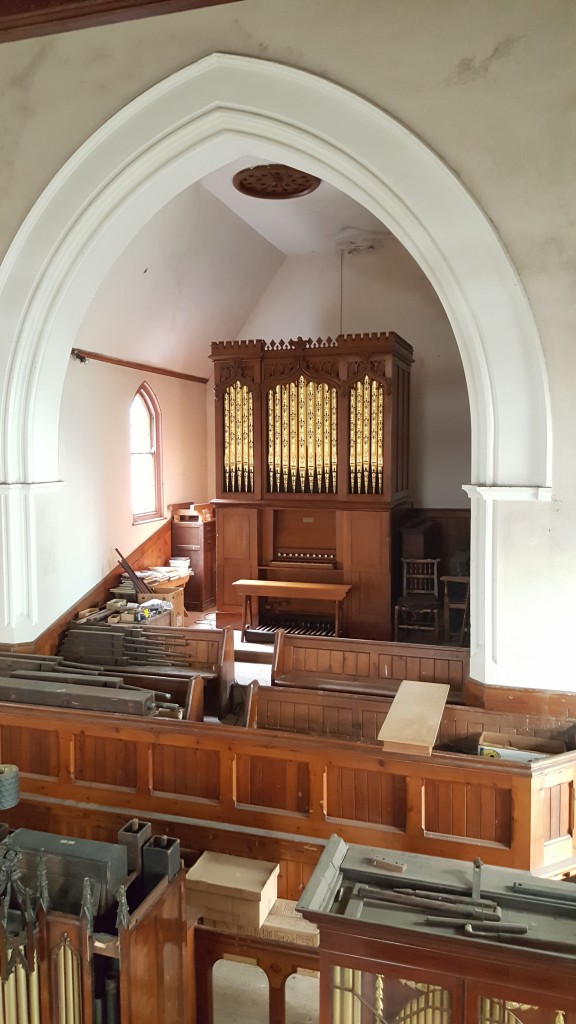 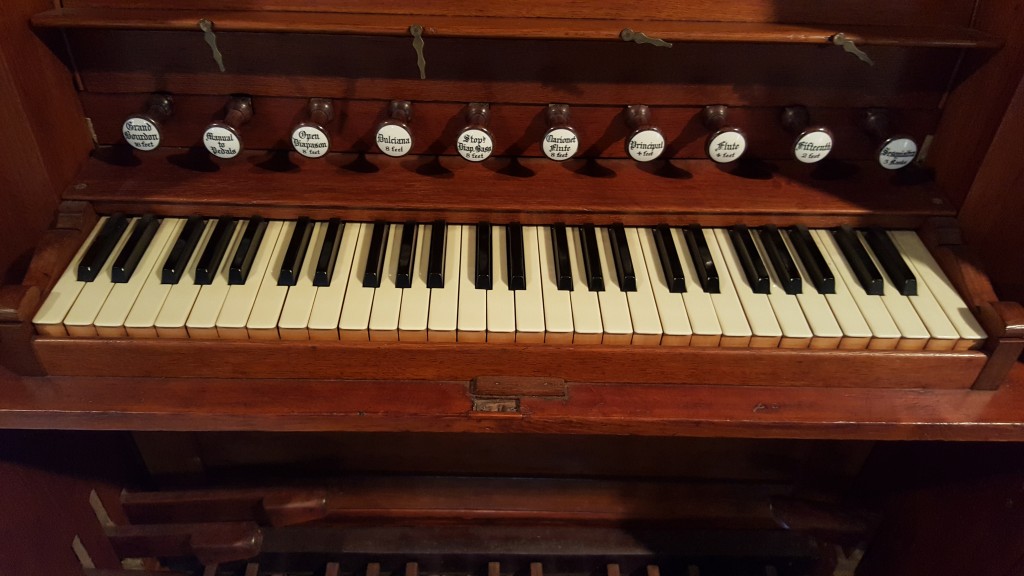 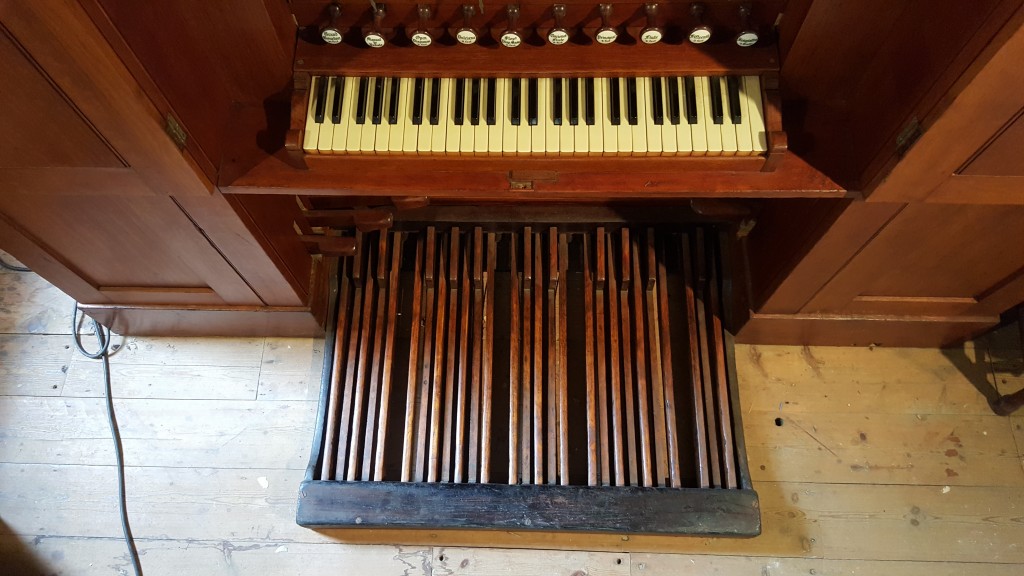 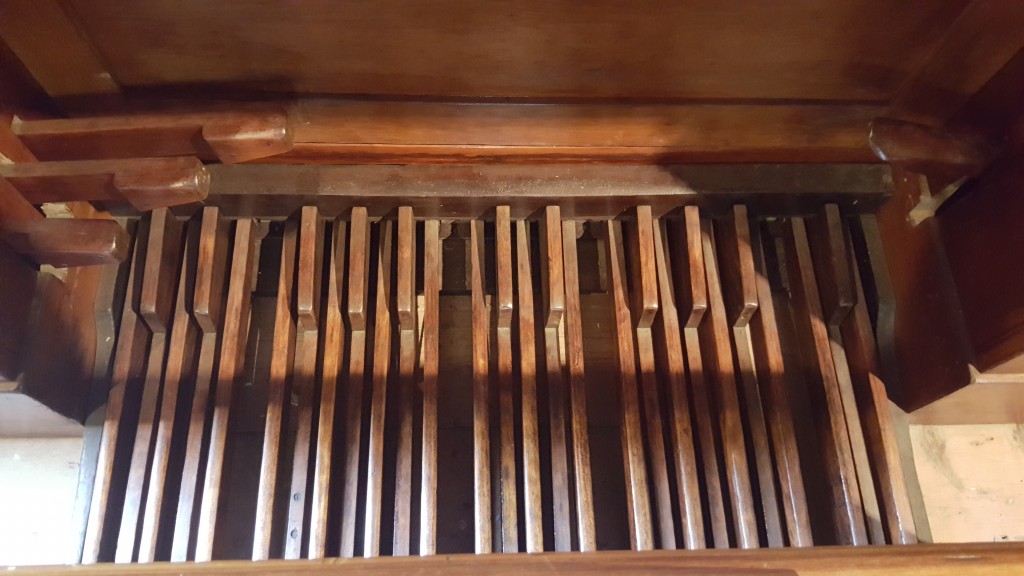 Made as Hire Organ for The Honourable Society of Grey’s Inn.

Replaced by Gray & Davison by a three-manual organ in 1860 and sold to Albert Hall (who presumably was a person with that name). The organ was at that occasion given its brass name plate with the address of the new premises on Euston Road. A Keraulophon 8 feet replaced the Sesquialtra III ranks. This stop was again returned to a Sesquialtra by the present owner Joost de Boer, with pipes made by Derek Jones in the appropriate style.
A substitute material (with grain effect) replacing the original ivory covered the keys.

In its present state, the instrument is partly restored. The manual is playable, the pedal only via the coupler.
The organ has a pleasantly warm and colourful singing tone and is suitable for a surprisingly large single manual and pedal repertoire.
This organ is very suited as a main organ for a small Chapel, or as a second instrument in a larger Church.

Amongst the restored parts are:

The Manual and Pedal soundboards, the bellows including feeders, the majority of the casework and the re-gilding and decoration of the front pipes. The stop knobs which were later replacements have been made new, using the organ in Limehouse as a pattern.
Both the 4foot octaves of the Principal and the Open Diapason have been lengthened to be able to remove the tuning slides. The remainder of the old pipework is otherwise still fitted with tuning slides.

Wooden pipes: Bourdon 16, Stopd Diap. Bass 8, Clarionet Flute treble 8, Flute 4.
Parts of the casework: (locks on the lower front panels and the console doors). Fixings of the knee panel.
Two new square beams need to be made new for the pedal action to replace the missing ones.
The old pedal trackers.
Pedal and manual rollerboard.
The Sesquialtra has been pre-voiced by William Drake and requires regulating and cutting to length.

The organ is able to be tuned to a mild unequal temperament at a pitch of approximately 440Hz at 20C.

Additional works to complete the restoration and installation to be discussed with William Drake Limited.

We are available to work on this organ in the first half of 2019.